Since I live in the Seattle area, I am interested in knowing about the traffic in the state of Washington. I really, really care about the traffic on the two bridges separating Seattle and Bellevue (on highways I-90 and I-520), as I have to drive over them daily. I thought it might be a daunting task to collect that data, but fortunately the Washington State Department of Transportation provides data for 170 permanent traffic recorder locations in Washington State, including those two highways. Most are updated hourly, some as frequently as every 20 seconds. This data is accessed through a single gateway and API, as described on their website at https://wsdot.wa.gov/Traffic/api/. If you want to understand the traffic on the roadways, selecting the Traffic Flow link shows the function calls and fields retrieved, and the Help link shows how to call the service: 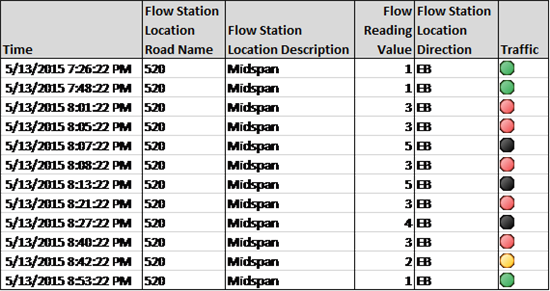 1. Log in to https://app.powerbi.com, then create a dashboard by clicking “+” in the left menu and save. I created the Dashboard “TrafficFlow” 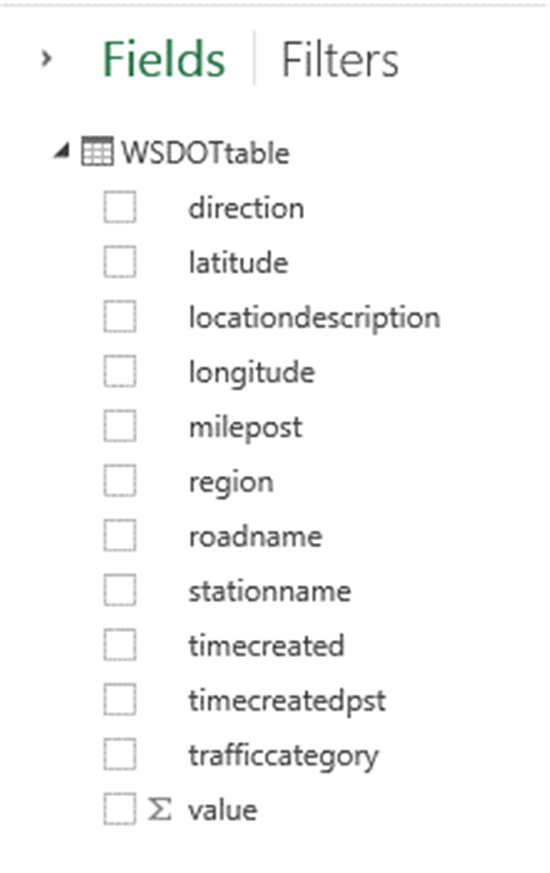 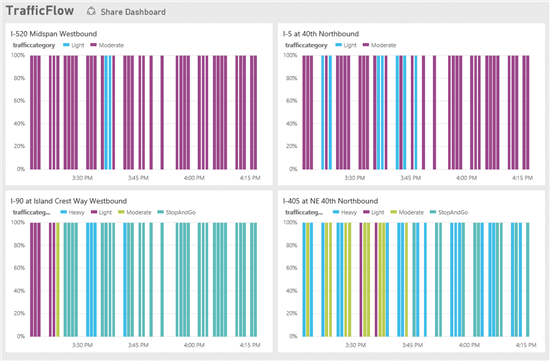