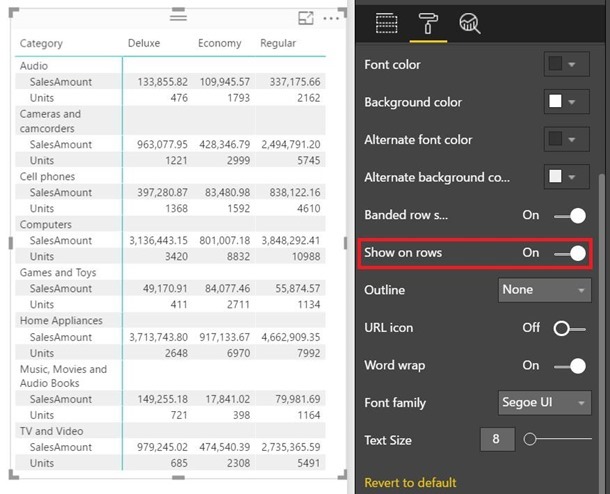 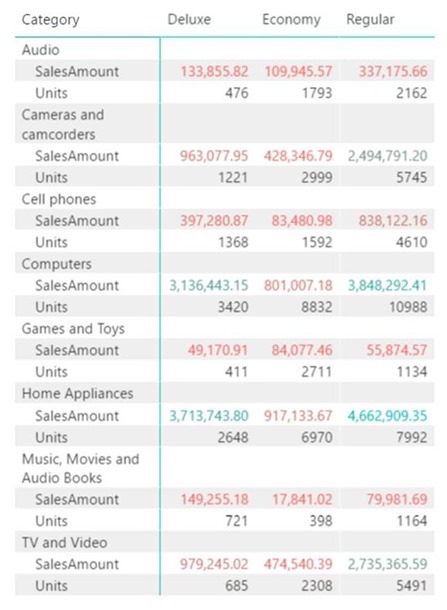 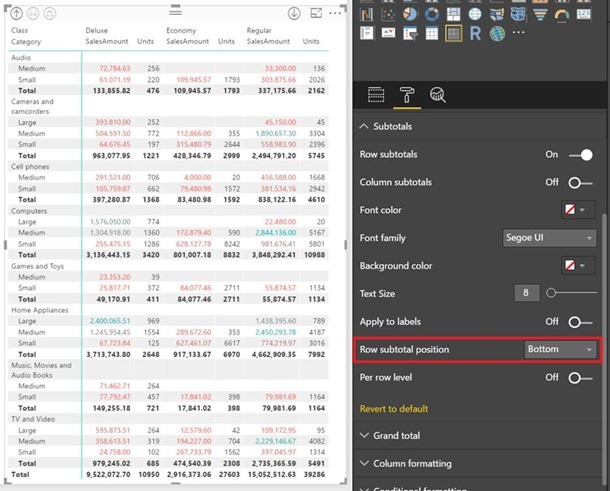 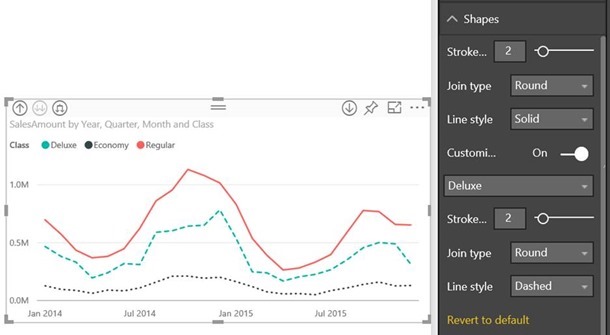 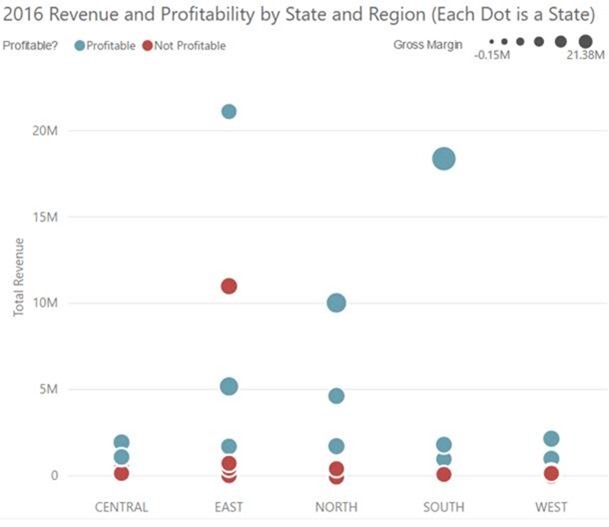 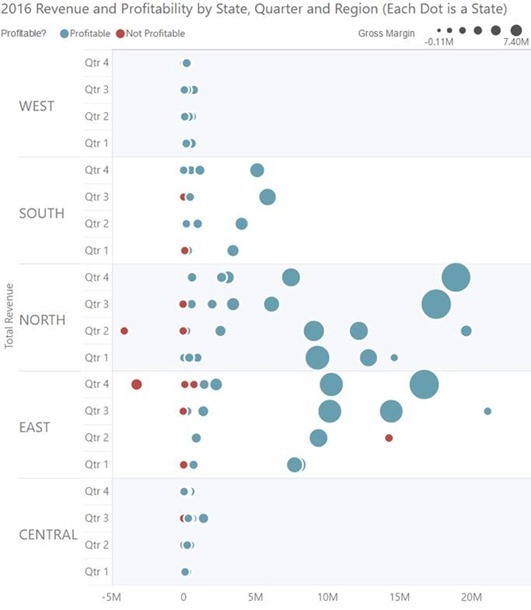 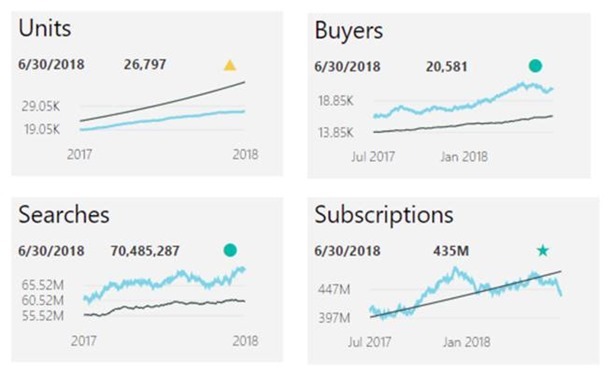 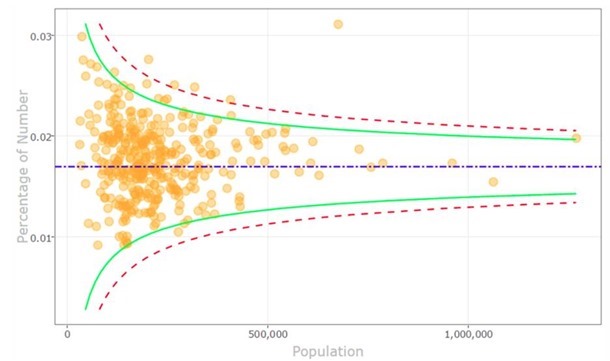 To use this visual you start by defining two required fields to be analyzed in the chart, such as occurrences and population. The y-axis can show either a percentage or ratio, and a “funnel” is formed by confidence limits and shows the amount of expected variation. The dots outside the funnel are outliers. 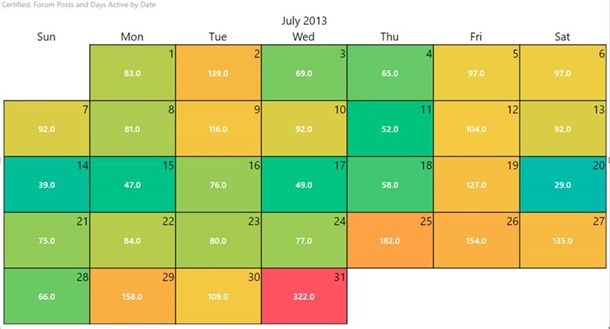 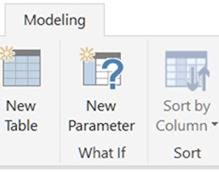 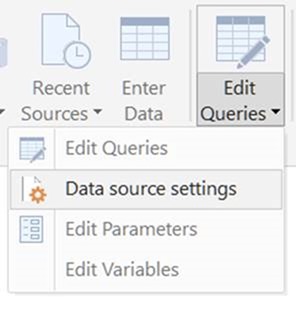 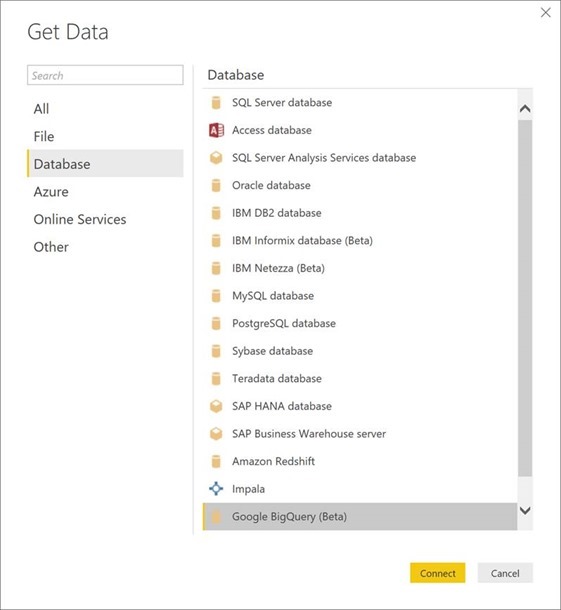 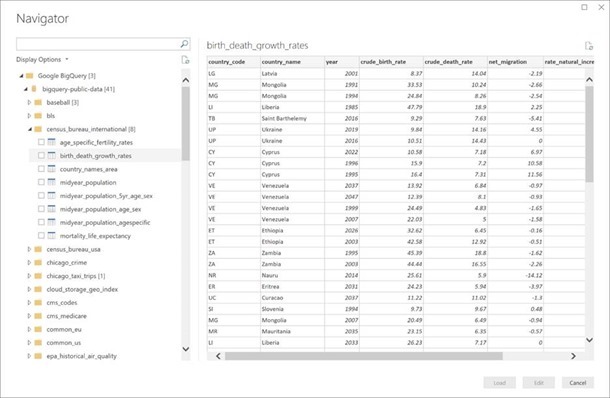